Weird subject, but I had a uncle that became a pilot and worked his way up to flying commercial and possibly even ATP. He was the only one in my family that ever caught the flying bug. Sadly, he died in a plane crash when I was still a kid, and I never got much of a explanation of what happened to him. Was told he was asked to spot a ranchers lost / escaped cattle and when he found them he tried chasing them back where they needed to go with the plane and somehow he stalled the plane and crashed and died.

I do not know the year it happened. I was somewhere between I'm guessing 10-15 years old. That would put it 1982-1987 or so. His name was Victor Horn, he was from Miami Florida and accident was supposedly in the Homestead area, Cessna 150 or 152.

I could ask my aunt or my cousins about it, but it was such a sad loss, it really devastated them, even to this day and its just something we don't talk about. I would feel weird to ask them for more specifics on it. I would really like to read any FAA or NTSB reports on the accident and see if what I was told happened is what actually happened. I just don't even know where to start a search like that

Well I'd suggest the best place to start is via the NTSB Montly - link below - this shows month by month, year by year back to 1962 - a true treasure trove of information.

If you had a N registration for his plane that would help.

Research can be interesting if you've got the time, likely to stumble on all kinds of interesting stuff.

Good luck, let us know if you find the report.

Ron - a question - roughly how old would your uncle have been at the time of the accident ?

I searched for Cessna 150 and there were five with none of the accidents coming close to your description.

I searched for Cessna 152 and there were 9 with none of the accidents coming close to your description.

I checked aircraft registration and no Victor Horn was listed.

You could go right to it if you had the N Number.

It didn’t take that long, you might want to expand the years or criteria and have a look yourself.

I only looked at single fatalities.

Im pretty sure he was in a rented airplane

no he was older than that when it happened

Is this the same accident/person? 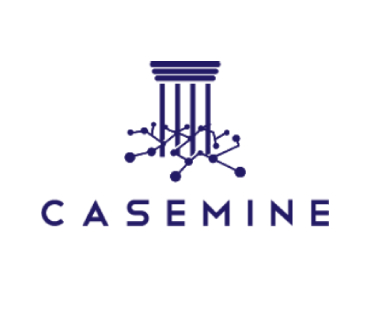 Get free access to the complete judgment in HORN v. JOHN HANCOCK LIFE INS on CaseMine.

This is the decision on appeal, so the original lawsuit and the accident would have been earlier.
G

Get free access to the complete judgment in HORN v. JOHN HANCOCK LIFE INS on CaseMine.

This is the decision on appeal, so the original lawsuit and the accident would have been earlier.
Click to expand...

YES! That is my Aunt Jean! Funny thing is, I had no idea there was any lawsuits etc.... I just assumed all these years that he must have had some life insurance she was able to collect on, because he was the sole bread earner in the household and she was able to keep their house ( which wasn't a cheap house ) and still lives there to this day.
G

I asked my cousin if he had any details about it, he was pretty young when it happened, maybe 6 or 7 years old max, and he only said he thinks it happened in 1986.

Also as I recall, I think I remember being told there was also a ranch hand in the plane with him when he crashed.
G

Took some time, but I believe I found it. Weird the report doesn't say the pilots name, but this matches the story I was given so must be the right one. Not much to learn from it either, just watch your airspeed after pulling up.