Here is a link to all the above pics in Hi-RES.

Here is a link to all the above pics in Hi-RES.

WOW !! You do beautiful work!
T

Here are some construction pics of the gear.

Matt,
I am so glad to see you back!! You have always been one of my favorite pilots, since I saw Superfly in the rain video. I think your new ship is outstanding. I bet Guy Segers is loving that green. He has a bright green gyro as well. Did you do the Carbon Fiber tail? How much does it weigh? How does the gyro compare in performace to Superfly?

Whats up with the air cylinders?

GrantR said:
That looks great! I saw your videos on youtube a few weeks back.

The aircommand pods are heavy, I dont know what his little prerotor setup weights. The suspension probably has some shocks. But it sure looks trim doesn't it.

Mark,
Thank you for your kind comments!
I would say performance wise it's about the same. The engine is not quite a 582, but the lighter disk loading and AUW compensates for that to an acceptable level. I believe the main advantage of this gyro comes from the landing gear and the increased range. It 's also much more comfortable in flight due to the seating position and trim system. The only thing I didn't put on was a cup holder for my beverage! I was still able to keep the weight below Superfly even with all the extras.
The tail is great. I have always been a fan of the all flying tail. It is my preference. The tail with all it's hardware weighs in at 14 lbs. It is the same tail that Larry Neal is using on his aircraft, except he made this one all carbon fiber rather than kevlar. He said the cost is prohibitive for the weight savings and I think he's right. It is very expensive to build anything light weight and high performance!

The pod is from Air Command. It didn't seem to be terribly heavy... I don't recall the weight. The landing gear is by far heaviest component. The airshocks are Gabriel truck shocks, and the wheels and brakes are pretty heavy. I think that eachlanding gear leg with wheels and brakes was like 19 lbs! That's a chunk and definitely are a compromise on the light weight factor, but they make the landings so much more exciting!
The prerotator motor and mount set-up weighed like 13 lbs. Definitely a keeper! 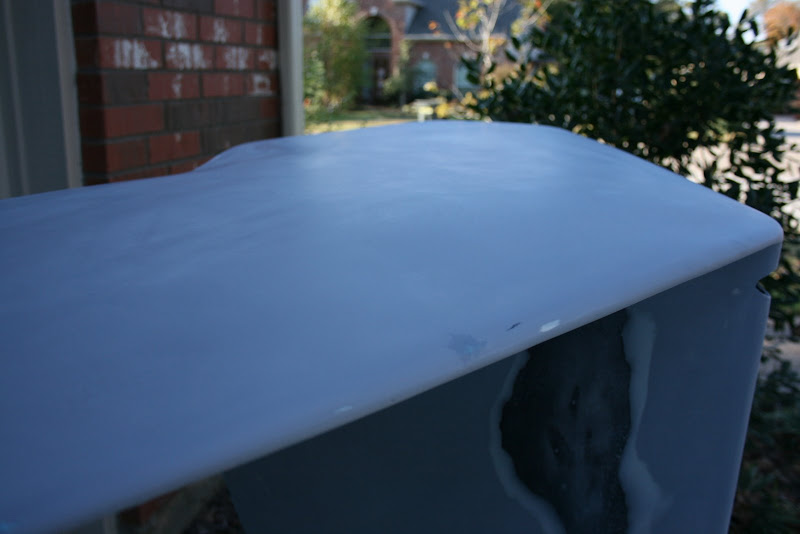 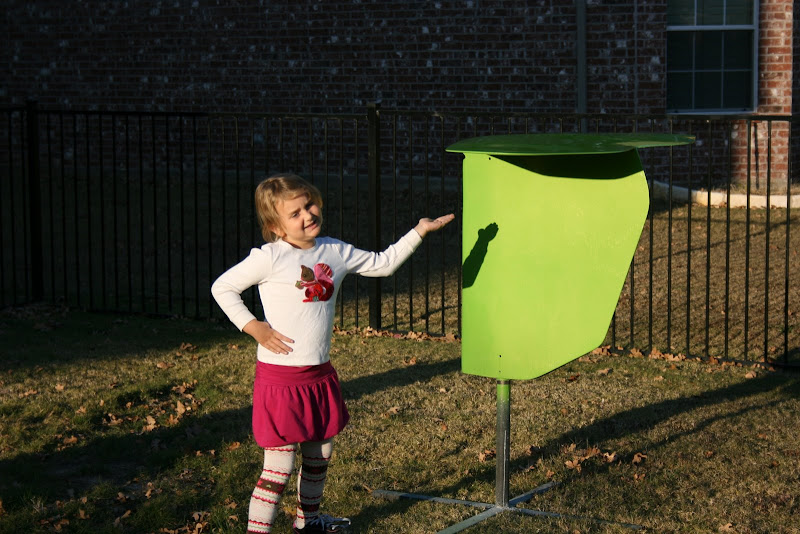 I redesigned my original Goped prerotator to be me much lighter and simpler. I must say, I am very happy to see so many people now using this type system on their gyros. It really is a great system! Being able to continue applying full power to the rotor during the entire takeoff sequence is the next best thing to jump take-off.
The air-cylinders are simply a trim system I devised. It also acts as the rotor brake on the ground. It's actually pretty simple. I use a tiny little air compressor from the Slime brand products and an air tank hidden inside the front keel. The air tank is used in RC retact systems. The system is plumbed with double action cylinder to either push or pull on the rotor head. It works great and weighs next to nothing. 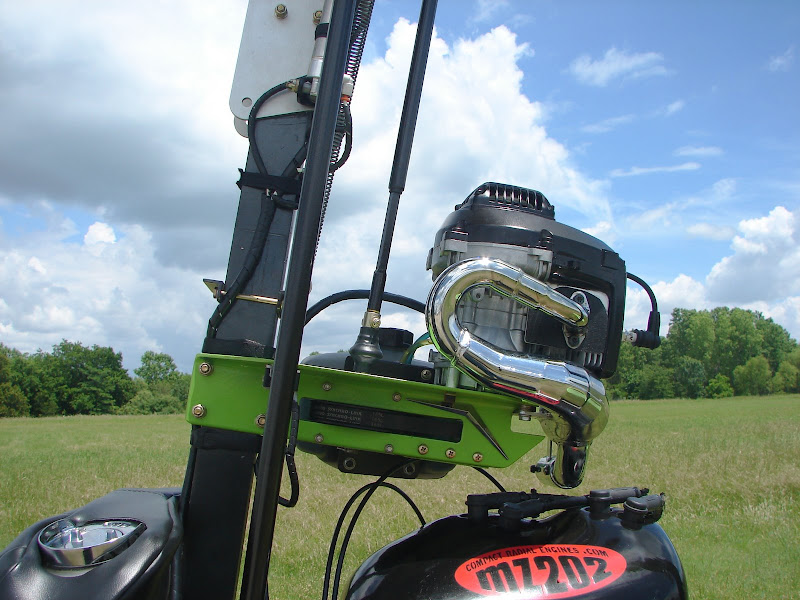 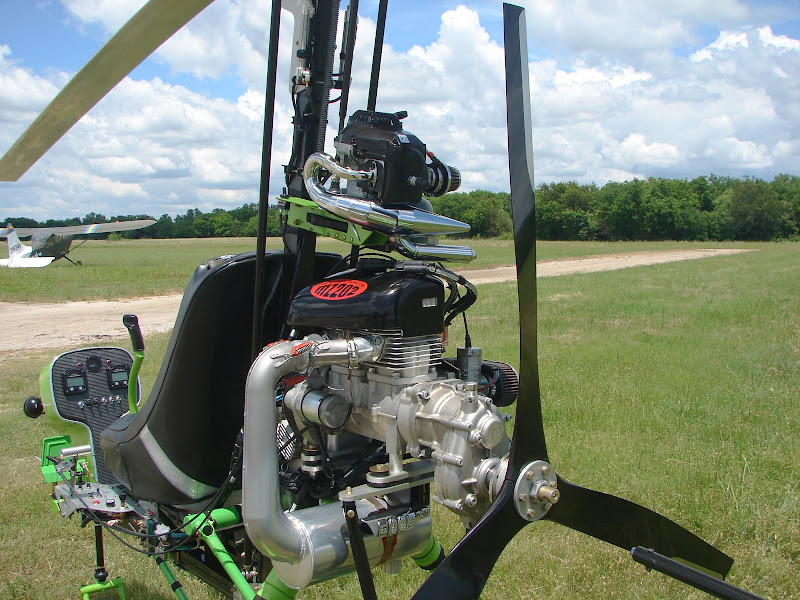 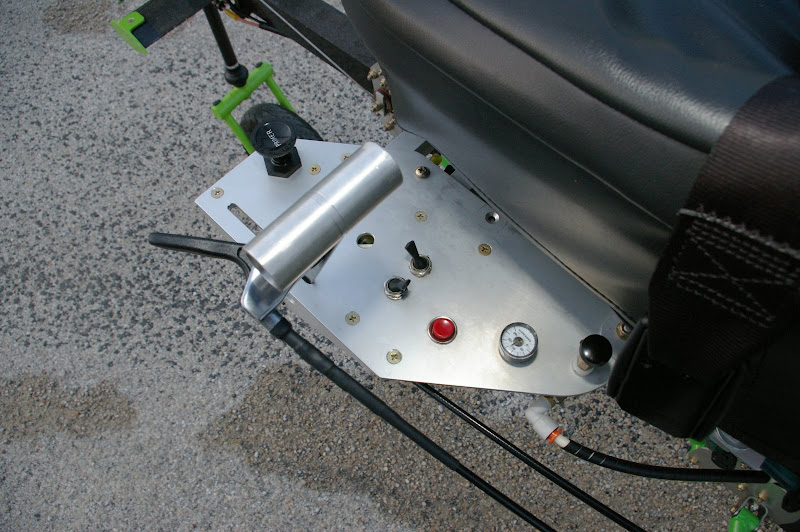 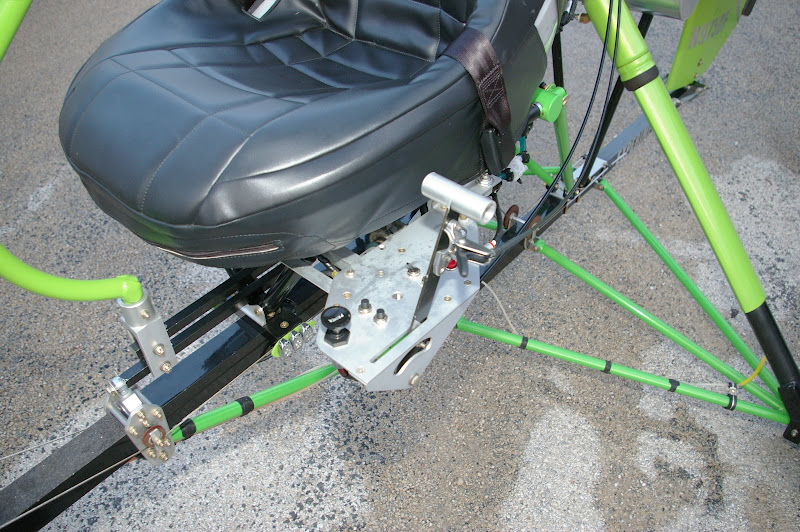 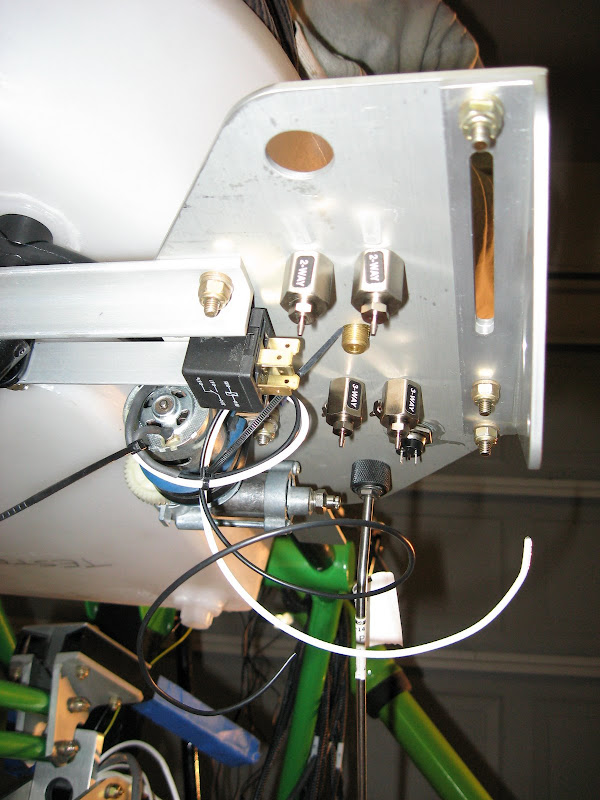 Matt
Your prerotor weights less than your tail. That is quite a trick. How about some pictures of your nose wheel setup. Somebody was busy with a Tig it looks like. What a "Come Back". I would like to see your gyro and the Red Rocket on the covers of the PRA mag. Send in some pictures!!

impressive performance with the MZ..... first time i see it in action.
Nice Prerotator and excellent workmanship!!!

What kind of seat tank is that?

These people are great to deal with and the prices even with shipping are hard to beat.
http://www.ulparts.com/SearchResult.aspx?CategoryID=41

Guys, thank you for the kind words! It warms my heart.

Regarding the MZ, I am very happy with the performance. It is a great engine and makes great power. It's a hair shy of the 582 for top end which I expected, but it definitely blows a 503 away. I have experimented greatly with tuning the engine, and setting the prop for 6000 rpm static with the 62 3blade IVO is the sweet spot. Setting the prop at 5800 RPM choked the engine way down.
Last edited: May 27, 2009

Matt Who???
You have no idea how much I miss been around you guys.
always a great machine, Matt you rock man
Best wishes for you and the family . . . (did it grow again?)
Heron

Living in the Skies

Every point tells loudly you built this gyro in love, really.

Just curious: why 3 main radius rods instead of two?

Heron! Do not wish anymore children on me!
Miss you too buddy.

Alex, you have asked the million dollar question.
The answer is simple: I didn't know what I was doing. I figured with three tubes, if any one tube broke I would still be upright. This is partly true, but any engineer would have simply used two tubes and been done with it. Now, I just tell people that a Dragonfly has 6 legs and it goes with the theme!

MattPearson said:
Heron! .. Now, I just tell people that a Dragonfly has 6 legs and it goes with the theme!
Click to expand...

PS:
I really like the look of her. How does she fly?
You must log in or register to reply here.

Feb 28, 2016
Texasautogyro
T
C
How accurate is the technical data for gyros?