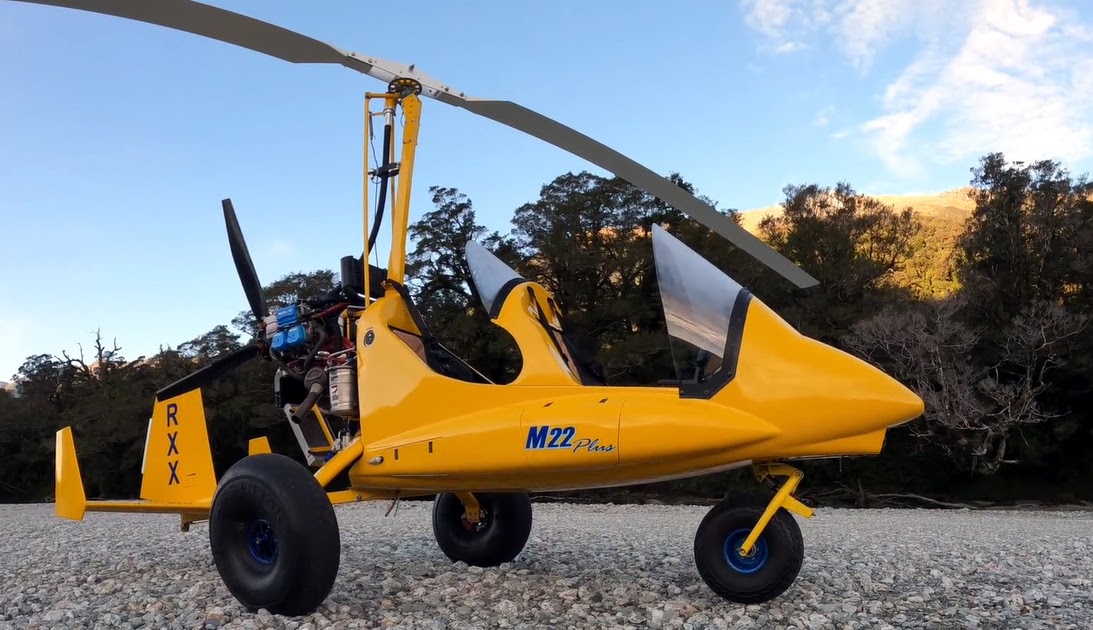 Rowdyflyer1903! said:
I believe on of the larger issues is the nose wheel. How much of an impact can, for example, a Dominator style machine endure before it turns into a Yard Dart and spikes the ground. In landing this is serious, during take off speeds, it can be un survivable. I believe if I wanted to equip a Gyroplane for less than groomed non topped runways, a skid plate or perhaps a purpose built composite fairing which could lift the fuselage and skim the surface in case of a nose gear collapse Would be in order. Something has to be in-place to extend the duration of impact. This is the key. Sudden stops kill.

Any nose gear aircraft being fixed wing or sling wing will be at a disadvantage to that of conventional landing gear With the training wheel in front a nose geared aircraft is at more risk. Even at touch down a burst of power will send the super cub skyward. Where as a Gyroplane pilot has much todo before this happens. Propeller clearance is also an issue With pusher style nose gear machines.

Bigger fat tires, long throw suspension, independent brakes, a robust dependable pre-rotation and one tough nose gear plus experience can go a long way to achieving safer off field landings and departures. Uphill landing and down hill departures regardless of the wind is what Bush pilots recommend within intelligent limits.

I do wish more tractor style taildragger Gyroplanes were available for exploring. Two out of the three fixed wing birds which I have owned were conventional gear. Many times I flew home loaded with camping gear and cow shit splattered on my horizontal. With little argument landing a taildragger requires an additional skill set and mind Set.

Fly formation with a super cub and let he/she be the landing dummy. If he/she is not successful, fly and go for help.
Click to expand...

Dominators were born and breed for rough field operations. Dad bought a piece of property that was an old orange grove and still had the furrows in it. He couldn’t afford to flatten the strip we had so he built a gyro that could take off on anything you could drive a pickup truck on at 15-20 mph without banging your head on the roof. The nose gear is deceiving in looks to the average person it looks spindly this is far from the truth. The down tube from the keel is almost solid. Not sure of the the thickness but it almost looks like a rifle barrel. I honestly think you would tear it out if the aluminum keel before it would break. I have seen plenty bent but very few broken. Those broken were in accidents from altitude where they basically fell and the whole machine was broken. The weak point of the nose gear if you want to call it that is where the fork connects to the bottom tube. In the last few runs he added and wrap around reinforcing piece of chrome Molly. This made it much stronger and eliminated most of the bent nose gear complaints. I am biased but I think the Dominator landing gear is pretty tough and would put it up against any of the flying bathtubs(modern gyro planes) on the market today. Oh and for those whom have recently made parts of the gear out of larger tubing in an effort to make it stronger they will find out the original was made that size to ankle the gear to crumple in a crash and keep the energy from transferring to the seat with the pilot in it. I’m afraid this upgrade was done with Aesthetics in mind and no running of actual calculations of G forces the landing your text and a straight downfall fall. Original was done with these calculations and design based on Chuck Beaty’s math as to what would supply the best safety and crumple zones in the event of a crash.

Did a fair job on the recovery though. (Pity his hand was on the throttle when it tipped and accidentally added power. Damage minimal.)

Did a fair job on the recovery though. (Pity his hand was on the throttle when it tipped and accidentally added power. Damage minimal.)
Click to expand...

If I remember correctly the lower half was the part that was broke off. That was truly the first time I ever saw that and it didn’t result in a rollover. The third Dominator built suffered from this and was the reason the nose gear was beefed up.

It was. Barry showed me the pictures at Oshkosh.

Greg did a great job of recovery, after miscalculating a round out from a manoeuvre that resulted in the initial breaking of the nose wheel.
You must log in or register to reply here.

M
Getting it home
2