Round Wing vs Rotary Wing

Here's an old aircraft I came across while surfing around, called the Nemeth Parasol:


This aircraft reminded me of the Starship Enterprise.

But it also reminded me of the old gyroplanes from Juan de Cierva's era -- except that instead of a rotary wing, it had a full disc in a fixed-wing configuration.
When I read that it was a stall-proof aircraft, I was a bit surprised -- how can something be stall-proof like a gyroplane, when there's no autorotation going on?

Then I realized that strictly speaking, it's not the autorotation that causes a gyroplane to be stall-proof, it's actually that the rotation of the overhead rotor makes a perfectly circular minimum aspect-ratio, which combined with the weight distribution of the aircraft, is what's really eliminating the possibility of stall.

So shouldn't it then be possible to take even a modern gyroplane (Cavalon, Calidus, Sportcopter, etc) and replace the rotary wing with a fixed disc-shaped wing, and still be flight-worthy with comparable aerodynamic handling characteristics?

And so then, why even fly a gyroplane instead of a disc wing? Wouldn't a disc-wing then have the superior glide ratio compared to a gyroplane, and thus perhaps better STOL characteristics?
The disc-wing wouldn't have the same stability against turbulence and cross-winds as a rotary wing though.

I was also imagining that for forward flight, you'd probably want some kind of ellipsoid shape rather than a perfectly circular-shaped wing.
Last edited: Feb 27, 2021

Any fixed wing will stall when the critical angle of attack is exceeded, regardless of planform or aspect ratio.

Rotary wings don't have low forward speed stall problems because the rotating blades are not exceeding the critical angle (except for a small region near the hub).

Nearly anything will have a better glide ratio than a gyroplane.

STOL performance and glide ratio are not closely linked.
M

That UFO thing at least has the thrustline lined up with the wings.

Here's another video of it, and at the end of it you can see him getting out of the bottom hatch

Somebody made a high-wing RC plane version:

The roundwing is certainly cool to look at and does fly .... mostly a novelty item and head turner. Great.

But center of the wing has way too much lift and drag .... outside edges no lift .... ailerons too far inboard (twitchy) .

That is why wing shape has evolved to typical Cessna types .... equal rectangles each side ... all wing surface provides equal lift ... ailerons outboard for good control.
D

What Martin W. said, and then some.

Trying to learn about aircraft design by pulling up vids of oddball craft on YouTube is like the old parable about the blind men examining an elephant. The one who grabbed the tail thought an elephant was like a rope, the one who found a leg thought it was like a tree, the one who happened upon the trunk thought it was like a snake, and so on. You're stumbling across random data points. A most inefficient way to learn. Round wings don't work well because the slightly compressed air under the wing (which is your lift) squirts out each side in a massive way. They don't stall abruptly because they're barely flying in the first place.

It's much better to start with an organized presentation of the unassailable basics. I'd suggest Aerodynamics of Wing Sections, by Abbott and von Doenhoff. It's a classic text, costing about $18 in paperback. In it, the authors go over the effects of aspect ratio (low A/R = poor L/D, soft stall, massive losses to wingtip vortices), camber, slots and flaps and the other topics explored at taxpayer expense over many years by NACA. The book also includes many pages of numerical data for specific wing sections, allowing you to shop for airfoils and also to build them accurately. Just great stuff.

If you want to build a STOL airplane, then load her up with the lift-enhancing gadgets presented in Abbott and von Doenhoff: double slotted flaps, wing slots and/or a wickedly cambered main airfoil. Much of this knowledge wasn't yet widely publicized in the 1930's when tinkerers were messing about with circular wings, but now it's all old hat. No need to reinvent the (square) wheel.

For rotorcraft, the equivalent is Aerodynamics of the Helicopter, by Gessow and Myers. It's a 1950's college text, written long enough ago that autogyro experience was still fresh in the minds of professional engineers.

One takeaway from such books is that treating a rotor as if it were a solid disk is a model of very limited usefulness. NACA went in this direction in some of its early attempts to quantify autogyro rotor behavior. But this analysis only went so far; rotors got a lot better when more attention was paid to the individual blades as WINGS. E.g. trailing edge reflex came into use -- an idea that emerges from the notion of pitching moment, explained and quantified in Abbott and von Doenhoff.

Pitching moment also explains why rotor blades with drooped trailing edges -- an idea that someone in our community re-invented (and hyped to the max) not that long ago -- is such a horrible idea, even though it's perfectly viable for sailplane wings.

Bottom line: read up, and get calibrated about the basics. It'll help you detect crackpot, dead-end ideas that apparently work around the laws of nature.

A lot of stuff is available in the "Technical Papers, Books and Publication" section here in the forum e.g:

What a great combination of good humour and science....;-)
Quote: They don't stall abruptly because they're barely flying in the first place. /Quote
C

Anyone who’s been exposed to aerodynamics understands the influence of aspect ratio on lift/drag ratio but for someone to say that a round wing is barely flying is a natural comedian.
D

One year when I happened to attend Oshkosh, someone brought one of these, and flew it there: 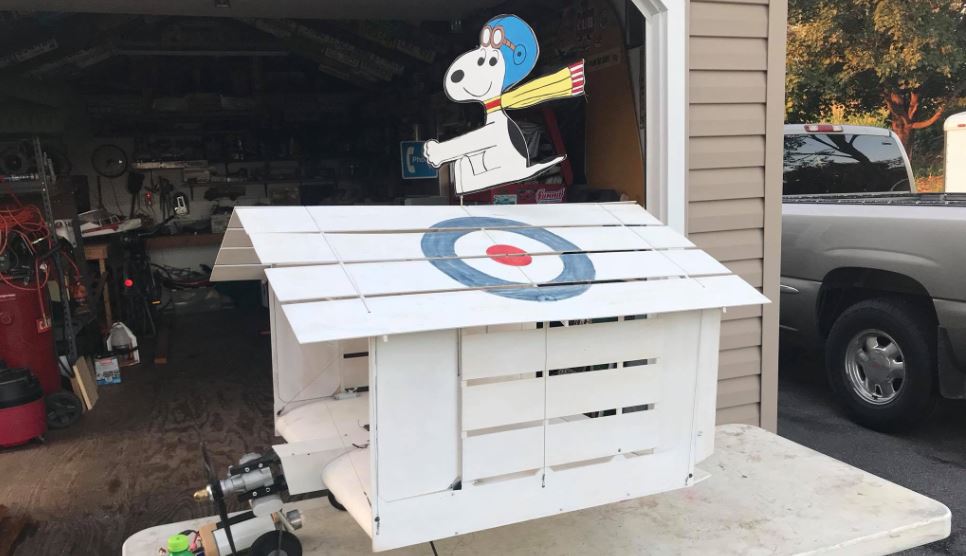 Watch out Red Baron!!! That’s right, Model Airplane News has redrawn the classic plans for Al Signorino’s 1969 RC Snoopy’s Doghouse and we’ve cleaned them up with CAD. The old original plans were falling apart and so it was time for an upgrade! If you are a Snoopy fan, watch out for the new 50th … 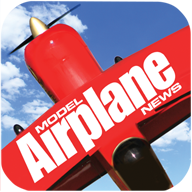 It's of course, another example of an ultra-low aspect ratio wing, although in this case its planform is square instead of round. It did fly, exhibiting the same sort of weak roll control that you see in the round wings, and for the same reason. Strictly good for a few chuckles.

Or maybe the old book "Stick and Rudder" by Wolfgang Langewiesche.

Although it's a bit basic.

I was lucky to find it online. It was sold out everywhere...

As the ole saying goes: gimme enough power an I'll make a barn door fly...
Last edited: Mar 3, 2021
You must log in or register to reply here.