I noticed in a Benson Days video that a Niki Rotor Lightning was there this year. Did anybody get a good look at it or even take a ride?
http://www.nikiaviation.com/en/
https://www.youtube.com/watch?v=wPvCfML5ZRc

I'm a big fan of the tandem dual clam shell doors design. I like the DTA J-Ro for the same reason but DTA does not sell it in kit form.
http://www.dta.fr/JRo/indexJroGB.html

I also noticed that Helicopters International in FL is/was selling the Lightning and I'd imagine it was them that had it at Benson Days.
http://www.lightningautogyro.com/(S(wb2we0o3bxouv0hwpwxtvjjd))/lightning.aspx

The prop shaft passthrough tail design of the Lightning is interesting and makes for a sleek look and an efficient tail. It originally had a D-Motor L-26 but by the updated specs on the Niki Rotor website it seems it's now using a Rotax 912. The downside, now that its using a Rotax, is an unnecessary belt reduction drive which is clearly a failure point. Interesting Niki came out with a typical tail boom design in the Kallithea... why?
http://www.dmotorusa.com/D-motor-LF26-LF39.htm
http://www.nikiaviation.com/en/models/kallithea/specs

Some my be thinking... Why not just buy a Calidus kit? Well, as some may know from my posts I don't like the single overhead cockpit doors due to the likely hood of being trapped after a crash landing. I also want to wear a helmet and I don't think there's enough headroom in the Calidus given I'm 6'4".

Not much talk on the Niki gyros so I'd be interested in any opinions.

What little I know.

What little I know.

It appears to me the video is from the 2015 Bensen Days promoting the 2016 Bensen Days event.

I don’t recall seeing a Niki Rotor Lightening at the 2016 Bensen Days and I missed 2015 Bensen Days.

I just talked to Carlos at Helicopter International in Florida and he said they have built a gearbox to the Rotax 912.

He hopes to be at Bensen Days, 2017 with a flying Lightening.

The price has not been finalized; Carlos is shooting for about $75,000.

The different empennage was so they could build and sell gyroplanes while they worked out the gearbox.

Carlos said; “we got quiet until we had the product to sell.”

He is in the process of changing out the D motor in the Lightening he has.

I have a client from the San Francisco Bay area that is an aeronautical engineer.

He is interested in the Lightening so I wanted to learn more.
N

Thanks for the response Vance!

A gearbox replacing the Rotax unit? I did notice a photo on Helicopter International's website that did look like a Lightning with a Rotax without a belt drive. So would this gearbox be a replacement that supports the tail passthrough design?

It would be interesting to know why they changed out the D motor.
N

Has anybody seen a prop passthrough tail design like this in any aircraft or any other machine using a similar hollow shaft to deliver power?

With a custom gearbox in place of a belt drive one could consider the engine, prop, and empennage as a single assembly. Any force on the tail would affect the engine more directly. I would think an extra beefy engine mount would be required.

One just registered in New Zealand 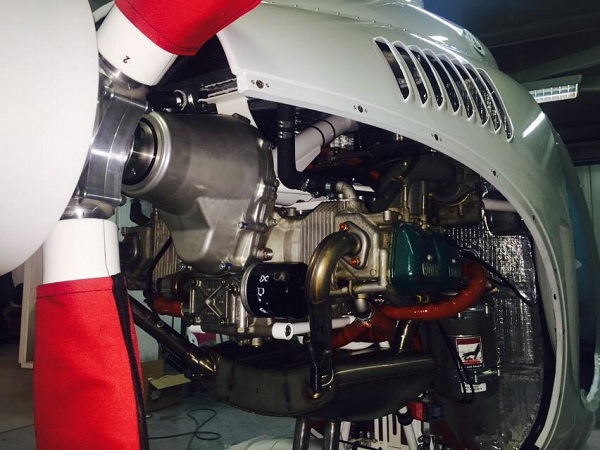 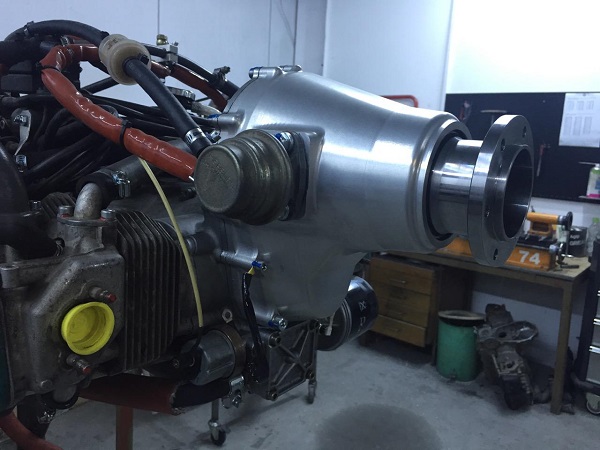 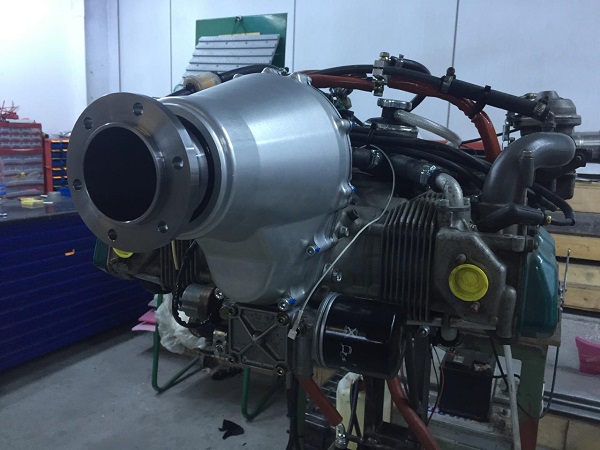 Thanks for the photos Rene! Looks like there is support for the stationary shaft that supports the empennage behind the gearbox which is good. Are there stock props that allow for such a large shaft diameter or would it require a custom prop hub?

The driveshaft passthrough appears quite large. Large enough for clearance between the two shafts, enough to keep them completely clear meaning no support is provided by the gearbox and no vibrations transmitted from the empennage to the gearbox. Quite a deviation in gyro design with the engine in the back. How would this affect all the typical issues that gyro designs try to overcome?

I balanced one here in France. I didn't get fly from front seat but seemed to be very stable from back seat.
Very comfortable for me in rear seat with excellent via of instrument panel.
To be confirmed but I don't think the left side panel opens, unlike the DTA JRO that lets you "escape" from either side.
Mike G
P

I have built several boom through prop machines but all of them used a belt or chain redrive, it was one of those that started my long spinner experiments, I had tested the thrust with a fully assembled machine , I took the tail off it for summer storage and when it came flying time again I cleaned the tank and replaced the fuel lines and I hooked it up to the scale and did a run up, it wouldn't get the same thrust that it had before , I could find no reason for this so I put the tail back on as I thought I would fly it a while and see if it would get its power back with a bit of use, the power came back as soon as the tail was back on, that's how I discovered that a 28 inch spinner makes a difference in a pusher that a 12 inch long one won't.
Norm.

Norm, I'm sure I'm not the only one that would like for you to start taking some more pictures of you're machines. Over the years you've described some very interesting builds. We would love to see these machines!

Norm,
How about pics of the current projects? I know everyone would love to see them!
N

Mike G said:
To be confirmed but I don't think the left side panel opens, unlike the DTA JRO that lets you "escape" from either side.
Mike G
Click to expand...

Hmmmm... you may be right. I hadn't considered that. I see photos with both doors off but any with doors have only one side opening. That won't do for me. I'd either add a door or make the "fixed" side so it can be opened in an emergency.
N

It is true the original design of the Niki gyros only have one door. I spoke to folks from Niki at AERO Friedrichshaffen and they are adding a 2nd door to meet German safety requirements.

This gives me pause when considering a Niki. Two doors seems obvious and now that they are forced to add an opening not part of the design... structural integrity becomes a question.

The J-Ro is still the apple of my eye. If only they made it in kit form for the US.
N

dinoa;n925914 said:
It would be interesting to know why they changed out the D motor.
Click to expand...

I asked the Niki folks this question... overheating.
T

Did you get to actually climb into and sit in your dream machines ? Could you bend your head and upper body over the stick and under the canopy while getting into the front cockpit ? Keep that thought in mind in your imagined situation for fast egress.