Is there anybody have video and technicals specifications off the new gyro Dick Degras ? 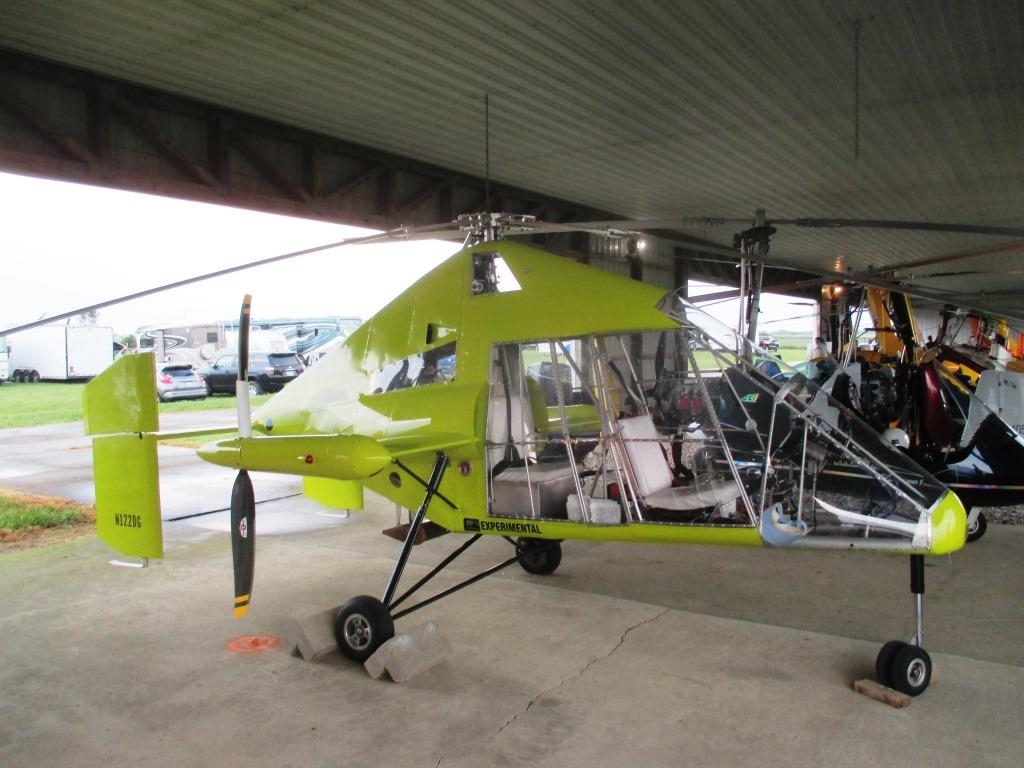 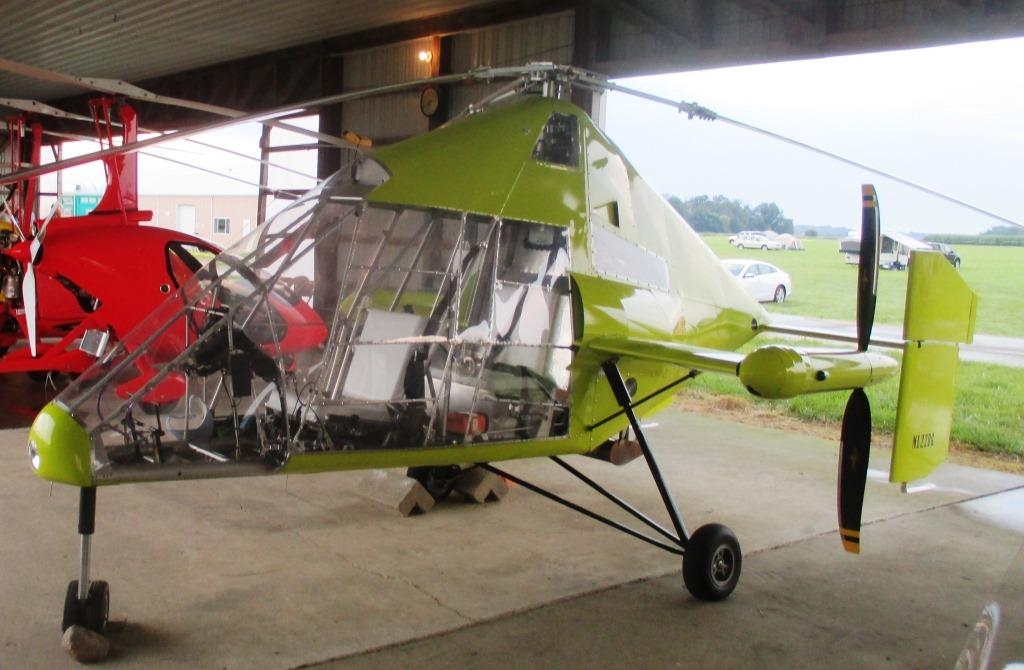 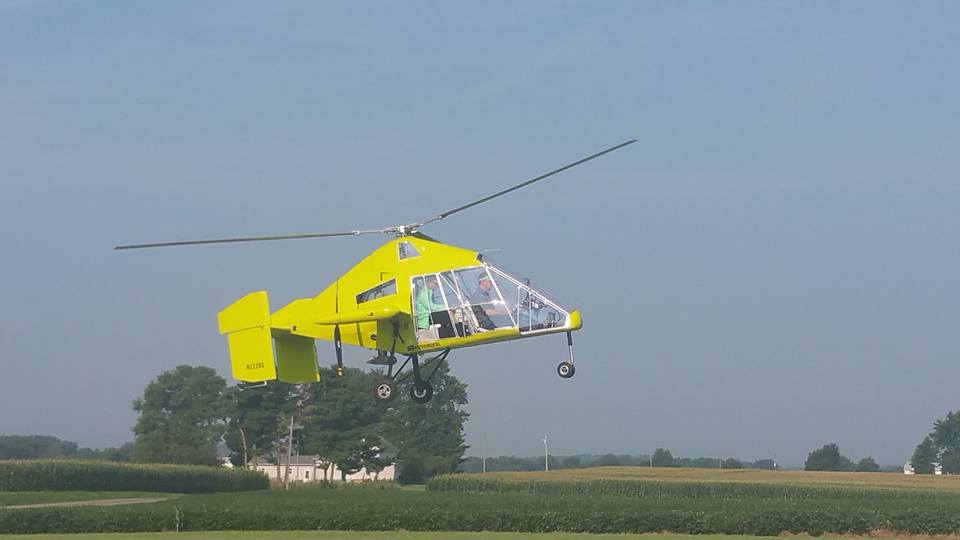 Thanks for the videos John, that guy is amazing!
E

Thanks so much for the picks, vid and info about Dick Degraw's new gyro. The guy is truly amazing and prolific. I can't believe 2 people, enclosed cockpit, VTOL with an EJ22.
E

Dick is truly inspiring to me.

Good morning all!
Can someone, please, give me some insight why Dick introduced two prop system and how that will affect learning and pilot certification?
Great looking machine and spectacular performance, Dick is Tha Man!

I can't speak for Dick.

It has a partially powered rotor and that creates torque that has to be managed.

He has the props pitched differently and that is probably to manage the torque more efficiently.

I suspect Dick is not planning on manufacturing the aircraft so I don’t see where it will affect training.

Part of the definition of a gyroplane is that the rotor is not powered in flight.

I don't know what certificate you would need to fly her.
Last edited: Aug 7, 2017

If might fit better here (from FAR part 1.1):
Gyrodyne means a rotorcraft whose rotors are normally engine-driven for takeoff, hovering, and landing, and for forward flight through part of its speed range, and whose means of propulsion, consisting usually of conventional propellers, is independent of the rotor system.

For pilot certification, there is no such thing as a gyrodyne rating. I imagine the FAA would treat this in a fashion similar to what they do for self-launching gliders and motorgliders, for which a glider rating with appropriate endorsements is deemed sufficient and an airplane rating is not required.. A gyro rating, with appropriate endorsements, would make more sense to me than requiring a helicopter rating.

Of course, there are always limits to how much logic one can expect when it comes to the FAA's regulatory interpretations.
R

It looks like it has counterrotating propellers.
That would help to manage torque.

Thanks Vance, I was not paying attention to the partially powered rotor . . .
According to FAA, its a gyrodine, will check down here. There was an interview with Dick at Mentone where he says, licensing is available.
Thanks again

It looks like it has counterrotating propellers.
That would help to manage torque.

Dick told me shafts and helical gears power the propellers Rick. They are counter rotating and are not pitched the same.
E

I would have imagined helically-cut bevelled gears, like in an cars differential.
E

Then you could adjust thrust by using various gear ratios/prop sizes, and pitches. Makes for a nicely tuneable system. I'm wondering how high the inertial values are in the rotors, like possibly variable inertia with spring loaded tip weights. This craft is beautifully smooth in operation. No apparent torque rotation on takeoff. And a very smooth jump.

Wow. Licensing possible? Just for personal use only? God, I would love to build one of these. What a marvelous way to fly. I loved that trick with cross-runway jump start. Just turn directly into the wind and go. I would fly everyday that way.

I wonder what all he did to make it so quiet. How would it handle 5000ft. mountain takeoffs? Man, I've got a million questions, heh heh.

Anyone has a contact for Dick De Graw? will try Ernie Boyette . . .
E

Heron, please let me know if you find an address or phone number, etc. Much appreciated.

I got several assignments for basketball games and the semester is going strong, no contact so far for Dick D. Anyone can help? I wish they are out of the mess Irma is bringing !

Heron,
I believe Dick D, would like correspondence in regards to his offer to come to him through the PRA.
J

Vance Breese has mentioned that it looked to him like a SOHC engine such as an ea-82 (or?), instead of an ej-22 like I thought. Vance knows far more about engines than I do.

Jazzenjohn;n1124518 said:
Vance Breese has mentioned that it looked to him like a SOHC engine such as an ea-82 (or?), instead of an ej-22 like I thought. Vance knows far more about engines than I do.
Click to expand...

It was my recollection of what I saw, I don't remember well and I didn't get a good look at the engine. I may be confusing it with Dick's other single place jump takeoff gyroplane where the engine is easier to see.
You must log in or register to reply here.
Share:
Facebook Twitter Reddit Pinterest Tumblr WhatsApp Email Link
Top