Jean Claude said:
Here is my simulation of the Rrpm increasing and forward speed at sea level for a 100 hp gyrocopter with a total weight of 450 kg. Rotor 8.3 x 0.22 m pre-launched at 220 rpm. With no wind.
View attachment 1155241
You can see that it claims 150 m
(With coef of rolling of the wheels estimated of 4% and initial thrust of the propeller estimated of 420 lbs)

O well 95-100 F will be a big deal for us. My gyro is at maintenance prob in 10 days ill start flying it. But even 200 meter for rake off roll is fine for me, after airborne i dont have any obstacle.

Sorry for the time scale error: It's 12 seconds instead of 6 .
Corrected now on the drawing

These charts are from www.ffplum.fr explain the huge differences that field altitude and temperature make to take off distances

RandyV said:
I have a 600 foot grass runway, 800 feet elevation, next to my house which I flew my Brako Sprint with a 912 ULS engine. Both ends are fields so there is no issue with trees to clear. Using the standard 200 RRPM, stick back and full power I used almost all of the runway to get airborne. Watching my videos it was clear that getting the rotor up to flying speed was taking the longest time. My RRPM needed to get to 280 to lift me off the field in ground effect, and would fly at 340 or so. Trying different procedures and evaluating the videos, I settled on a starting RRPM of 260, stick full forward, advance quickly to full throttle and pull the stick back after 2 seconds. Holding the stick forward for two seconds minimized the rotor slowdown versus having the stick back. Having the stick back quicker or at the start of adding full power slowed the machine acceleration because of the drag of the rotor and increased the slowing of the rotor before there was enough ground speed to begin accelerating the rotor. This procedure gets me in the air around 350 feet so plenty of room to abort if something is not right.
As for flying with your instructor I would suggest you both wear swimwear because I do not think there is any way you will get off, two up, in 250 meters of grass!
RandyV
Click to expand...

Late rotor pitch-up take-off run: It is interesting only if the launch is overpowered.
Here, the comparison between the two procedures with only 220 rpm, usual on a rotor of 8.3 m, shows no difference in distance.

Jean Claude said:
Late rotor pitch-up take-off run: It is interesting only if the launch is overpowered.
Here, the comparison between the two procedures with only 220 rpm, usual on a rotor of 8.3 m, shows no difference in distance.
View attachment 1155260
But the benefit is no doubt, with a doubled prelaunch power (i.e if Rrpm is 30% more)
Click to expand...

Is there any table about effect of crosswind on takeoff distance in gyroplanes? Imagine 15 kts of xwind component

600 foot takeoff run is a lot for a single seater with 912ULS. Seems to me your rotor blades are not optimal

Maksimus said:
Is there any table about effect of crosswind on takeoff distance in gyroplanes? Imagine 15 kts of xwind component
Click to expand...

It would be dangerous to tilt the stick to the side during the takeoff run.
Therefore, the lateral component due to the crosswind has no effect on the RPM increase or forward acceleration

Jean Claude said:
It would be dangerous to tilt the stick to the side during the takeoff run.
Therefore, the lateral component due to the crosswind has no effect on the RPM increase or forward acceleration
Click to expand...

Some flight instructors teach tilting the disk into the wind and this can lead to slower rotor acceleration and even sailing a blade.

It is my observation with most of my learners the liftoff is delayed with a strong crosswind component even if care is taken to minimize the effect.

Well im getting airborned at around 150-170meters with 430kg. This is in crosswind condition. Got 8.4 blades on. TBH thinking of putting 8.8 blades on, but im in research about comparison of 8.4 vs 8.8 in mean of takeoff roll distance and take off distance. Couldnt find much about it

Do not use a larger rotor. Someone in the Austrian alps (Martin Koller) is happy with 8.5 meter.
But he needs a bit more area because of lower air density. So of course it will perform better - in his case!

On 13 September 2017, we conducted flight tests of Gyro-Tech carbon rotor on MTO gyrocopter. Below we present a short report of the test pilot Martin Koller The rotor ...
gyrotech.eu

Two pilots here in Denmark have tried larger blades and they don't fly well.
I was advised to use standard diameter and the rotor runs as it should at ca. 320 - 380 RPM.
I used my old Type1 tower and machined new, taller stop blocks, as my rotor has less cone angle than AGs.

You have to load the rotor disc "just so" to have rotor Rpm in the desired range (maybe ask Doug Riley or Jean-Claude).
One cavalon with a larger rotor (Rotor-Tech carbon 198mm chord 8.6 or 8.8 meter) can't be used in the thick winter air. Too few RPMs.
So he went back to his Type2 AG 8.4 meter rotor. And afterwards he just bought a new Cavalon Pro with 915 engine....
Another heavy Cavalon has an Edge Performance 912 engine and an 8.8 AG rotor. Also not a good idea.

My MTO Sport with Rotax 914 and 8.4 meter carbon fiber blades is a great performer -
shorter ground run than my instructors Calidus with 8.4 meter AG type2 rotor and 912 ULS.

I was lucky to get permission to mount a non-AG rotor and also a different propeller.

These are some of my first solo flights a few weeks ago:

www.dropbox.com
Slight headwind (25-30 deg. off) and around 20 deg.C.
And yes, I didn't keep up the nose to brake on that landing, but I chose this video to show, the blades float very well...

Edit: About Cavalon. It's very heavy, so in this case a 8.5 meter rotor may help: 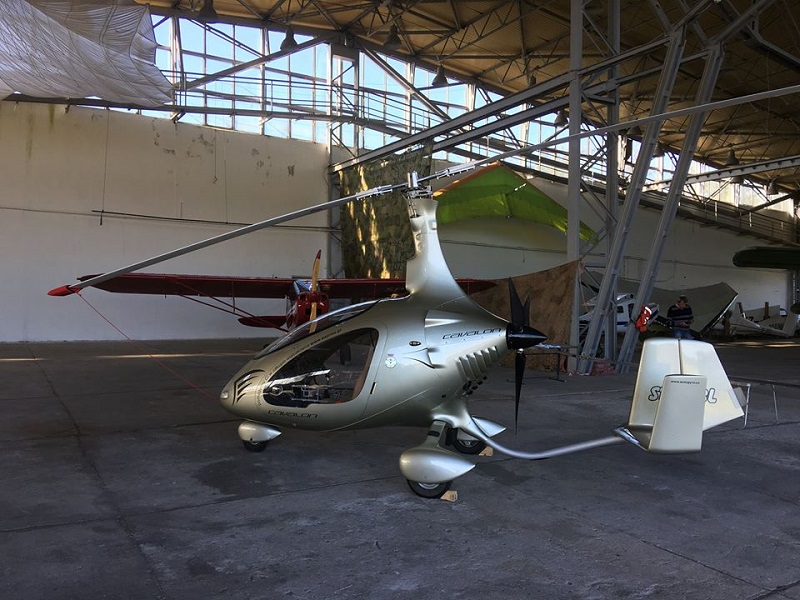 Abid, please chime in with your experience.
I may make too strong a case, but I can only act on the info I get...

rcflier said:
Abid, please chime in with your experience.
I may make too strong a case, but I can only act on the info I get...
Click to expand...

8.8 meter rotors will give a shorter take off distance and better climb rate everything else being equal. No question about it. The rotor RPMs (about 15 to 20 rpm less) will be a bit lower but that doesn’t hurt anything. It will feel a little floaty in thermals one up which is free lift
You must log in or register to reply here.

Learning from an NTSB final report.
2