Hi all :
Is there such a thing as a forum for the mini500 helicopter ? I seem to remember from many moons ago seeing something like that but fail to find it now. Does it no longer exist ? Is there any owner support out there ? Are any of them flying at all or have they fallen in disgrace somehow or another ?
Any help ??

I used to be active, then set it aside for a while. I'm back into it now. You got one?
H

at least i have one b version, still vacuum packed, with mss & pep. my eaa didn't approv it to be built due to lots of reasons, like "ugly" "we don't like rotating wings" "2-stroke sounds like a mosquito in the air" and so on. there went my dream for owning a chopper. okay, i own one, but it must be a flying one 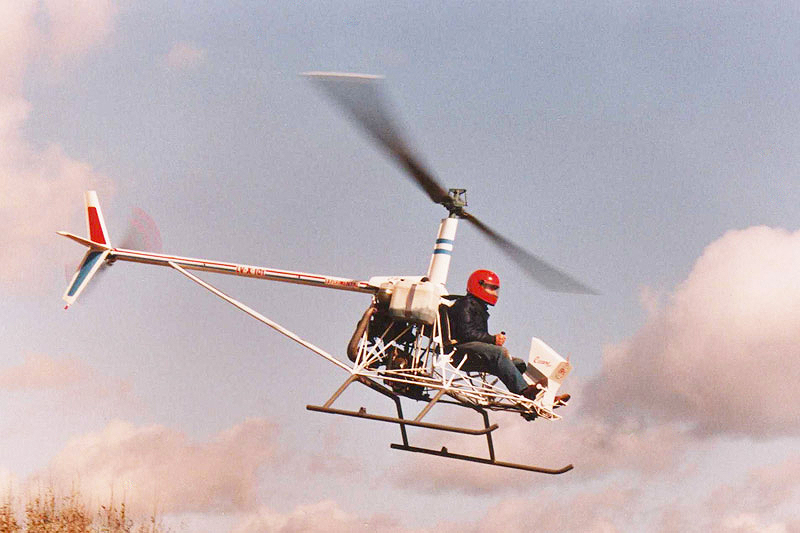 i would really like to build mine and fly it. i know the history, since i bought my kit 1999, still have it in the basement. today, i assume, not so many are airworthy since rhci seem to have sold only 100 mss or so, but who knows?

yup, another one-sided story without the full details, and what details there are, are slanted towards one side. Just the kind of details old Chuck loves to post.
H

if I can assembly my kit, I would do it 100% you say it should be done.
As i understand, also a answer to the initial posting, there is no factory support or spare parts manufacturing, no potential new service information or AD's, there is still flying M500's in the world but no one know how many, but it is obviosly below 100. The main "support" now a day, is beeing delivered from enthusiasts (my oppinion)

Two of my EAA's refusal points is about factory support and spare parts manufacture.

Mr Fetters, to me, you are a great designer/inventor. Btw, if you pass Sweden or Portugal - let me know.

Honken said:
Mr Fetters, to me, you are a great designer/inventor. Btw, if you pass Sweden or Portugal - let me know.
Click to expand...

Thank you for your kind words, they are very welcomed.
B

DennisFetters said:
Thank you for your kind words, they are very welcomed.
Click to expand...

Hello Dennis, just to let you know I have just purchased serial no. 11. It has 330 hrs TT, has a new 582 fitted & is now & has always been a great little helo & never had a moment of trouble. I look forward to keeping it alive & well into the future.

blackfoot dave said:
Hello Dennis, just to let you know I have just purchased serial no. 11. It has 330 hrs TT, has a new 582 fitted & is now & has always been a great little helo & never had a moment of trouble. I look forward to keeping it alive & well into the future.
Click to expand...

I'm very happy to see you're doing well with your Mini-500. I have many people still contact me that are flying their Mini's, and I always enjoy and welcome the news.

It was the first helicopter I ever designed and built, and there were a few errors and oversights, but I had a good team, and once learning the cause of any issue we provided the cure, and finally, it was a helicopter without issues and flew very nice. I'll always be grateful to the 52 employees I had that worked so hard to produce one helicopter every day, 5 a week. It's too bad that in the end they were betrayed by a group of greedy people trying to take over the company, and the result was 500 customers that lost factory support and 52 people unemployed. In the end, the haters got nothing for their efforts, I sold the lot to the Chinese rather than let them have it.
M

Couple years ago Forum member bryancobb built his mini 500 pretty much to original specs and as far as I know still flies it regularly .... haven't heard from him in a while but his build thread is around here somewhere.
H

Dave, nice looking bird you've got! Gives me inspiration to start asembly and fight my local EAA chapter.
B

thanks... just built it... you will get some much pleasure from the build
B

blackfoot dave said:
thanks... just built it... you will get some much pleasure from the build
Click to expand...

i understand. the only issue will be then, I can't register it legally, and i don't have a country house where it can be flown unatended. also, if i would sell it in the future, there can be problem with that too.
better to try the proper way, via EAA, but my local chapter has always dissliked choppers due to many reasons (some mentioned), but som others:
"we have taken in 4 other choppers brand and they all crashed, 100% accident rate". this was like "scorpion 1" homemade blueprints models from the -70, but my eaa still consider all choppers dangerous after that. specially uggly looking bastards with rotating wings. according to them, only fixed wing with 4-stroke engines is good enough.

it is a pitty, since "my" eaa was the 1'st one outside us, they where really inovative in the end of the -60 when it all started.

must mention other issues with eaa:
"will propably not pass noise test"
"high reported accident rate"
"no proper firewall"
"we don't have competence for choppers within eaa"
"service/pilot book is a joke" (one guy that built a safari, wrote his own book - and that was no issue)
on top of that, i was going to take a certificate, build the m5 meanwhile, they said: if you don't have a certificate, we will not approve building permission since you don't understand aircrafts. however, there is no specific rule building without license, but we will not approve it anyway. also, we require at least 100 hours experience. 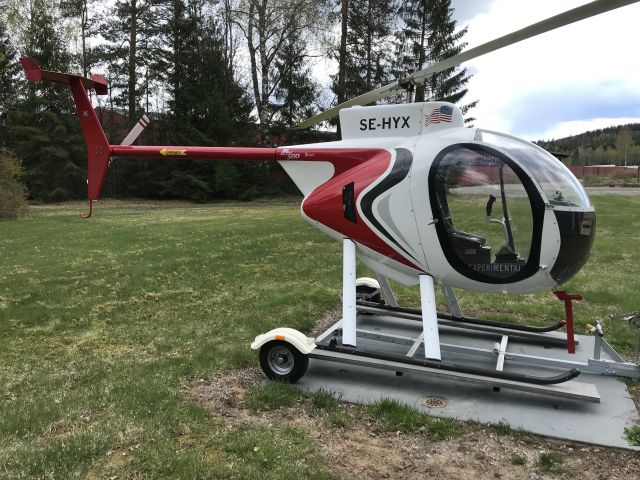 i have talked with the seller, trying get in contact with the new owner. he don't remember who it was. still registered on old owner.

anyway, reason for not beeing airworthy for now is that eaa representative say "it is in 100% working order" but he personally could not approve it since it has no autorotation capabillity, he claim - engine stop = rotor stop.

we all know that's wrong, it has good autorotation characteristics.... anyway this is what we have to fight against, ie incorrect information and misinformation.
Last edited: Mar 16, 2021
B

Hi there guys hope you are all doing well. Im very happy to read about the guys involved with the Mini 500. Mr Fetters, it is really nice to be able to chat to see that you are involved in this thread about your Mini 500!! I have always wanted a Mini 500 as a kid and now i finally found one but they change the engine to a Hirth F30E....But it only did 30hours

You must log in or register to reply here.