First powered flight on Mars today !!
So cool that they took a bit of wing fabric from the Wright Flyer.

Smack said:
First powered flight on Mars today !!
So cool that they took a bit of wing fabric from the Wright Flyer.
Click to expand...

Another wonderful achievement for mankind.

Two years ago (pre-Pandemic), I met MiMi Aung, the Project Manager for Mars Helicopter Ingenuity at NASA Jet Propulsion Laboratory in Pasadena, CA. We discussed the project for about 15 minutes in great detail. I asked specific questions about designed determination and flight profile goals. I asked how much rotorcraft design experiences any of the engineers had when forming up the design team. How much informational research was performed studying how model rotorcraft aviation designed and constructed their aircraft, and so on. She giggled and said in five minutes, I asked all the same questions that took all of them months to ask themselves and where was I when they first started because I would have saved them several months of work!

The one question I should have asked was how much research was done if any from an old friend of mine, Jack Norris' book PROPELLERS The First, and Final Explanation when designing the rotorblades? 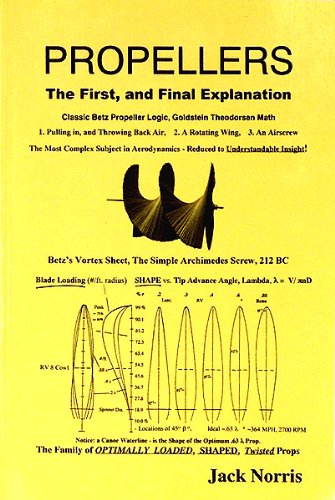 My hat is off, and I bow with respect and awe to the wonderful accomplishment(s) and success MiMi Aung and her team has achieved.

Smack said:
First powered flight on Mars today !!
So cool that they took a bit of wing fabric from the Wright Flyer.
Click to expand...

Only a 10 second test, but it counts! It only weighs 1 1/2 lbs. in Mars light gravity, but those blades are spinning FAST due to Mars low density altitude. Aw hell, I bet everybody on here already knows this stuff.

The article I read said a small piece of the Wright Flyer fabric went to the moon as well.

I love that the first alien powered aircraft to visit Mars was a rotorcraft. I am in awe of this achievement. What a leap forward this will be for surveying. Just for fun I'm imagining how cool it'd be if we found bugs splattered on the rotorblades. Or would that make us hostile invaders? Alright I'm gonna stop now.

I agree it's very cool, but I don't think this one will be doing much surveying. With a full charge, it can only fly for a bit more than a minute a day, to a max altitude of maybe 35 feet, despite being almost feather-weight. It's relying on the (very far-away sun) to recharge its battery each day* (although I guess cloudy days are not a problem), and the air there is just SO thin – the surface pressure is just 6.5 millibars.
Here we typically have over 1,000 millibars at sea level. I wonder what the Martian pressure is just 100 feet up?

The majority of the battery drain is to keep the electronics and battery warm enough to survive the cold.

Clouds would not be a problem, but Martian dust on the solar panel would be especially if by static cling.

The fact that the number-crunchers settled on a coaxial config. is interesting. Obviously, they want the most efficient setup, give the thin air and puny energy available. So a tail rotor is out. Then they select a coax, not a tandem or the familiar quad-copter.

'Twould be fun to get inside the designers' heads.
L

re: solar panels and thin air

Here's the announcement on the Dragonfly mission to Titan- a 900lb octocopter with a SNAP-style isotope generator to charge the lithium batteries for 20+ mile hops through the 4x Earth dense atmosphere of the moon.

This link won't let you into the mind of the designers of Ingenuity but it will help with getting into the pilots. 8^) Sparkfun made a homage flying platform using the same F' programming framework that the Mars rotorcraft uses for autonomous flight running on a Raspberry Pi ... cool stuff.

if you like your mars gravity you can keep it!

Doug Riley said:
The fact that the number-crunchers settled on a coaxial config. is interesting. Obviously, they want the most efficient setup, give the thin air and puny energy available. So a tail rotor is out. Then they select a coax, not a tandem or the familiar quad-copter.

'Twould be fun to get inside the designers' heads.
Click to expand...

doug u need to get your head out of your @ss! theres aliens and $hit on mars and $hit, oh and brando its what plants crave!

gyrojeffro said:
doug u need to get your head out of your @ss! theres aliens and $hit on mars and $hit, oh and brando its what plants crave!

Jeffro wins the internet! Greatest movie ever. And who could have known it was actually a documentary of the future.

Quote:
The fact that the number-crunchers settled on a coaxial config. is interesting. Obviously, they want the most efficient setup, give the thin air and puny energy available. So a tail rotor is out. Then they select a coax, not a tandem or the familiar quad-copter.


The paper below seems to indicate that it is possible to design an inherently stable coaxial helicopter if the aircraft is small, that might have been an argument in favour of coaxial.

I wonder too if it was a matter of space as well (forgive the pun). It had to be housed by the rover so perhaps coax offered the greatest payload for it's transported size? I can imagine 2 tandem rotors occupying more plan-view area than 2 rotors stacked. Just guessing here.
L

Courtesy Wikipedia, here's the white paper on how the rotor was designed...

...the specifics on the "why" sorts of stuff is the $25 question and appears to be covered in this 2014 presentation that's behind Harvard's paywall...

I didn't mention previously only because I didn't know the following information had been made public. I commonly do this for OPSEC reasons. During my original conversation with Ingenuity Project Manager MiMi Aung and her joke about where was I at the concept stage, she admitted that team lacked rotary wing aeronautical design experience so they reached out to a local Southern California company, a specialty UAV developer, AeroVironment.

AeroVironment is a company that was started by Paul MacCready Jr. to develop specialty aircraft for R & D, and DoD contracts. At the very beginning, Paul would hire engineers that had extensive flying model aviation experience (as he himself did). Paul encouraged his workers to design and build models, and then "go outside and fly" their creations. AeroVironment still upholds that requirement today. I knew Paul when he was alive and would see him at least once a year at the annual Sailplane Homebuilders Association (now the Experimental Soaring Association) Western Workshop in Tehachapi, CA every Labor Day weekend.

For the past several week, all the news stories I came across about Ingenuity, had not mentioned AeroVironment. As the replies to this thread continue to grow, I performed an internet search to see if AeroVironment has been publicly acknowledge as the contractor that designed and built Ingenuity.

As for my previous question about my friend Jack Norris's book PROPELLERS The First, and Final Explanation. I do know that a numer of engineers at AeroVironment have a copy of Jack's book, so it would be easy to summize that some of the information within would have been indeed referenced. 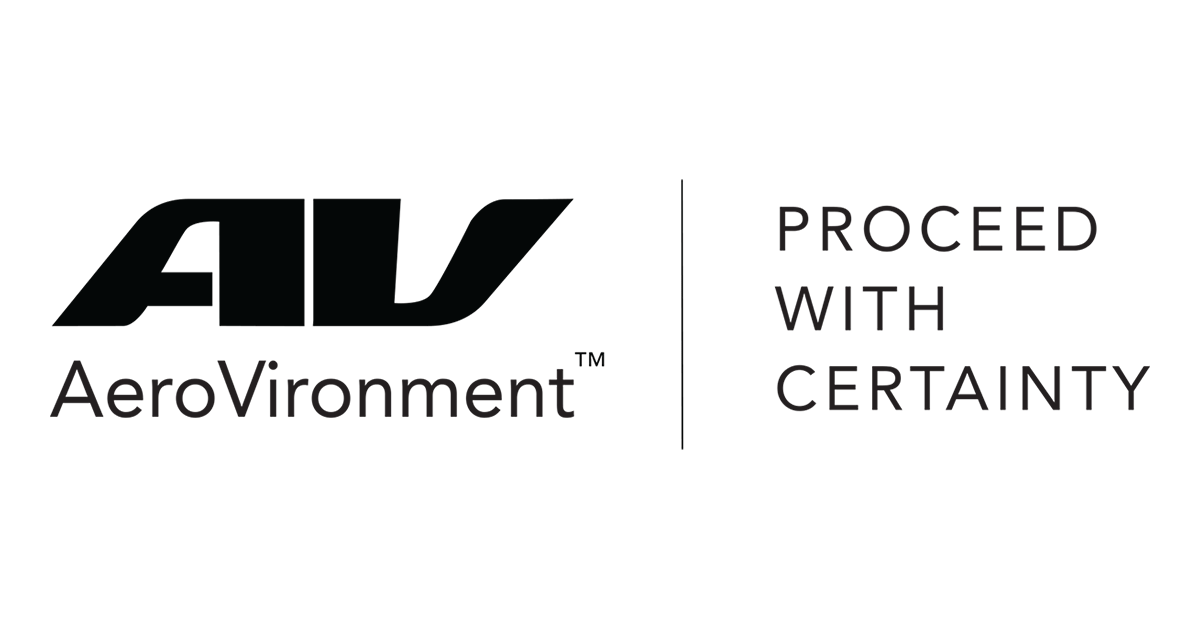 AeroVironment’s team of innovative engineers from our MacCready Works Advanced Solutions team worked with NASA/JPL to design and develop a helicopter carried by the Mars rover, Perseverance. The helicopter's name is Ingenuity, and its purpose is to demonstrate the viability of aerial robots for... 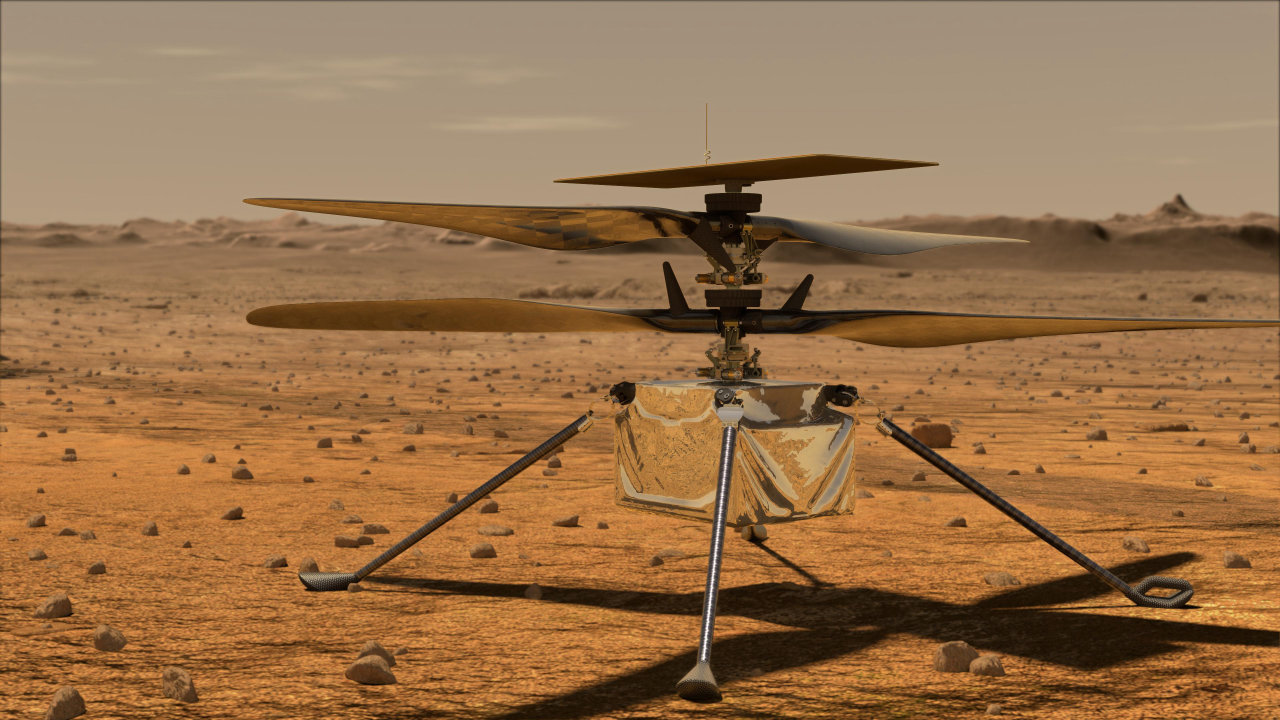 NASA's Ingenuity helicopter, which was carried to Mars by the Perseverance rover, is set for the first ever flight on the red planet. WSJ goes inside the company that partnered with NASA to design and build an aircraft for a completely different atmosphere from Earth. Photo: NASA/JPL

I didn't see your post until after I just posted.

Thank you for the Generation of Mars Helicopter Rotor Model for Comprehensive Analyses paper. I definitely will forward this to my friend Jack.

A few more considerations that lead to Ingenuity
https://www.icas.org/ICAS_ARCHIVE/ICAS2004/PAPERS/142.PDF

https://rotorcraft.arc.nasa.gov/Publications/files/Grip_AIAA2018_1849.pdf
You must log in or register to reply here.