Could be a Magni M24, judging by the accompanying interior photo, with the pilot. I will update as more information becomes available. 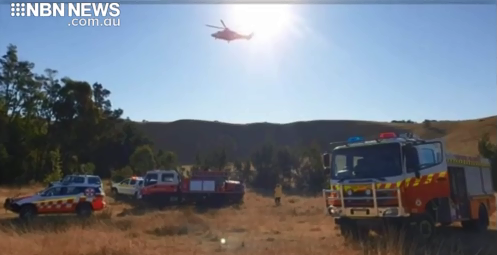 An investigation has been launched into a gyrocopter crash in the Hunter, which killed one man and left another fighting for life in hospital. The aircraft came down on a rural property north-west of Singleton, as reporter Jacinta Lee explains.
www.nbnnews.com.au

All the reports seem to be behind Australian paywalls, but GyroAccidents blogspot says:


"4th July 2021 - Unknown gyrocopter - registration unknown - Fatal Accident - News reports say the gyrocopter came down in a paddock near Goorangoola about 50km from Muswellbrook. One person was found dead at the scene, with a second airlifted to hospital."​
​
Elsewhere, pilot identified as Bradley Downes (critically injured), passenger identified as Scott Duncan (deceased), after the aircraft caught fire.

Sincere condolences to all affected by this tragic event.
Last edited: Jul 15, 2021
F

That's sad news. My condolences to the deceased friends and family. I could not find anything about it as Australian news links are all pay for play and it seems like we don't have any active Australian gyroplane pilots or club members here
R

Condolences to family and friends
W

There are active Australian pilots here, I for one haven't probed for info so nothing to report.

Aircraft
Cavalon and an MTO Sport

The police requested that the Australian Sport Rotorcraft Association attend the accident scene to assist police which is normal practice.
The release of any information is under the control of police investigators.
If however any aspect of a gyroplane accident compromises the safety of other pilots or aircraft Safety Directives and/or Bulletins would be issued immediately by ASRA as is our policy.
A very sad day for us all.
Last edited: Jul 16, 2021
B

It makes me so sad to hear of this. My prayers go out to the family
You must log in or register to reply here.