Can I ask you what technique do you use to finish/remove the scratches on the plane cut? In other words, how to pass from pic1 to pic2.

I have been trying several techniques, however, I always end up deforming the saw cut -when I put a square to check the result I see the backlight leakeage in some points-.

I know it is just a cosmetic think, but it drives me mad.

I'm still figuring that out myself I'm probably more fanatical about it than would normally be needed because most of the edging will be chrome plated (requires a 2-part build-up). So keeping the edge surfacing true, square, flat and smooth is challenging. I use a honing stone quite a bit but only if it can be held square on the edge of a table, or aligned with the part. It's hard to keep from rounding over the edge corners irregularly when doing it freehand. Curves, especially concave ones, seem to require the most patience. So there's not any one technique, as it depends on the shape of the part and how you are able to support the finishing tool. Others here may have some better ideas that could teach us both.

Been a while since I posted progress, which has been at a trickle these past weeks mostly due to lack of motivation. It's been hard mustering the positive energy needed to persevere on such a laborious project as building a gyro. The current state of our country between Covid and chaos has pulled my attention away from building for a while, but I'm forging my way through this mental funk of depression and getting some things accomplished now.

1. Received seat tank from Calumet Manufacturing - This replaces the original seat I had intended to use and eliminates need to design and fabricate custom fuel tanks.

2. Received seat cover from Calumet Manufacturing and test-fit. Very nicely made. I ordered it with red side panels to match the other red accents on the final ship.

3. Have been wrestling with numerous design candidates for the upper landing gear mast connection. CNC is no longer an option for these parts so I have worked out a great design that can be made with the tools I already have and integrates nicely with the existing airframe.

4. Purchased and received a new foam hotwire cutter from these guys: 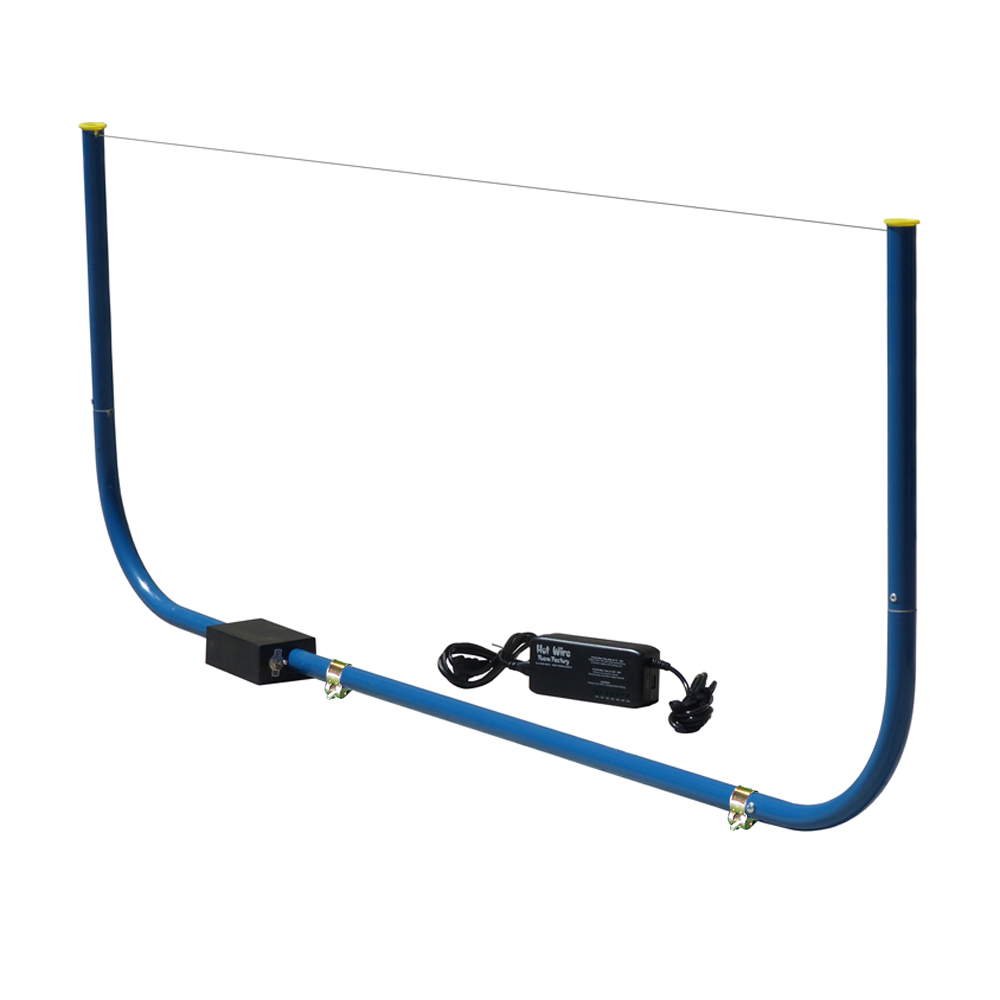 hotwirefoamfactory.com
Tested it last night and very impressed with the build quality and quality of cut. I had planned to build one of these from scratch using the Rutan plans but decided my time was better spent building planes, not tools.

5. Compiled a list of all the bits, blades and materials that will be needed for the next several operations and ordering them all today. Once I get on a roll I don't want there to be any obstacles to progress. Included in the list are things like an indexed swiveling / tilting vise for the milling machine and a live center for the lathe.

I won't wax philosophic about months turning into years. I just want it done, but done right. I made a promise that this ship would be built to the best of my ability, so I can't complain about the time penalty of the meticulous details.

Oh, and I suppose there's a #6: I traded in the old car for a vehicle that can tow the gyro and trailer.

You and I both.

They will fly.
R

The paucity of paperwork is definitely your friend JM. We will watch with envy.

JM, I'm hoping to see pictures of your rudder installation. Please share when you can post some.

Resasi, I have been following your build thread with great interest. Anxious to see Blue fly.

Got the Rocky music going behind me again. Gearing up to receive the aluminum billets for machining the landing gear vertical strut / mast connections. They will be similar, larger versions of the lower vertical strut clevis', requiring lathe and mill work. Have wanted to get the ship on her gear finally and these are the last connections needed to do that. I still have to fabricate the nosewheel but have been weighing all options (so to speak). Waiting to verify position and behavior of main gear suspension before proceeding.

Have also been having a lot of fun with the hotwire cutter. A lot of very interestingly shaped scrap foam pieces laying on the shop floor at the moment. Happy to report this cutter is quite nicely made and plenty of power, which is variable between 12~24 V depending on wire length. Glad also that the smell isn't too bad. I expected to need a ventilation system but it's not noxious enough to be required.

Interesting observation about the hotwire bow I'd not anticipated; The wire sounds like a dulcimer and makes a C# note, until you turn it on and it drops a perfect fifth due to heat expansion. I could play a country song on this!

jm-urbani said:
I can't show irrelevant 1.6 ton tube stress tests anymore and I can't leave pictures of a gyro frame which has not been designed by a structural expert Leigh , you know it
Click to expand...

I think we accidentally got into a misunderstanding here.

The 'paucity of paperwork' in my previous post, refers to the comparative ease of an experimental build in France and their relaxed approach to the required paperwork, as opposed to the rather more serious paperwork requirements USA, and excessively egregious demands of the UK LAA/CAA.

I am quite sure that your build is of a high standard.

Brian, I am quite sure that no-one is looking forward more to flying Blue than I. The present wait seems interminable.
J

@jm-urbani ... if I may your phraseology "nothing to see with your massage" or "nothing to say with your build" does not, as may be interpreted by English speakers mean that the comment/build is poor/rubbish but contrary "nothing to say ******" means the writer/speaker considers the subject excellent.

I came across this phraseology with my instructor after I had completed what I thought of as an excellent landing ... main wheels touched down rolled only a metre when the front wheel gently touched down with zero forward roll and he said to me "rien à dire sur cet atterrissage"

I hope I have properly understood this (@jm-urbani) and hopefully helped avoid a further misunderstanding.

JM: a fine point of English which is often missed by french speakers is the difference between "say/said" and "tell/told". "Tell" essentially means "say to". I think both english verbs are expressed by "dire/dit" in french.
So I am guessing that you meant to say, "I simply wanted to tell Leigh that, as I had been told that my stress test was irrelevant..."

De rien!
A similar thing that trips up english speakers is the french word "chercher". It is cognate with the english word "search". However in english, "search" requires a preposition, i.e. "search for" (or "look for"), which makes english speakers want to say "cherche pour", which is wrong.
I tell them to think of "chercher" as translating to "seek", instead, which requires no preposition (although "seek" is not as common a word).

We have unfortunately inadvertently been scribbling on Brians build log, apologies for that Brian.

In the beginning you had said this would be based on the Bumble Bee, but with initially 2X3 six galls it was not going to be ultralight? The seat tank I think will hold around 7.5

Were you aiming for under AUW 254 lbs? I know that when my son and I started the Hornet we intended to try, but in the end gave up on that.

What engine are you intending to have on her? I was very happy with the 503 but realised my rather optimistic 10galls was asking too much at our final empty weight of I think around 350lbs. She was fine with 5galls and even slightly slightly above but the ambient temp did have to be watched.

I retrospect, although I had dreaded the build in the end learned a lot from it, and certainly was never at the level you seem to be at. Impressed with your attention to streamlining. I feel a lot of unnecessary drag could be avoided with more attention to that aspect of a build.

We do despair sometimes at life's interruptions, but there is a prize, had to smile at your musical discoveries.

The revelations on new light engines available on this thread were interesting.

what was the weight of your 4 stroke on your ultralight gyro? FWF weight? HP? torque available if you know it? thanks for the info David

www.rotaryforum.com
Last edited: Oct 14, 2020
You must log in or register to reply here.

R
Ideas to save my dominator build