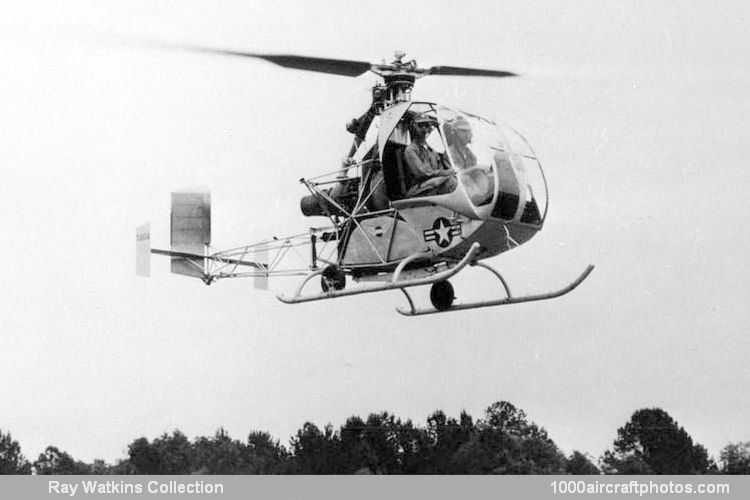 Of the various possibilities, a cold jet system as used on the Sud-Ouest S.O.1221 Djinn seems like it would be attractive for a homebuilt helicopter since it eliminates not only the tailrotor but also the transmission. Maybe a direct-drive piston engine driving a centrifugal compressor to provide compressed air to the rotor?

Does anyone know of any homebuilt cold jet helicopters or any reasons why this would or would not be a good idea? See a neat clip here: https://youtu.be/Q-0-adBixos?t=36s

Some of the remaining Djinn helis went to Israel where they were used for many years to spray orchards and crops. The cold air concept worked but may have been inefficient .... some of them used 240 hp which is a lot for a 2 place. By comparison a typical gearbox and powered shaft helicopter gets something like 97% of the power to the rotors

Here is some more video from Switzerland I think

Thank you both for those, I'll dig around for more info on the Nagler designs.

As a side note, it seems funny today that the Djinn was a gas turbine helicopter that was started with a hand crank! Go a few seconds earlier in the YouTube link I posted to see that in action.

IIRC, the U.S. Army tested and liked the Djinn as easy to fly and maintain, but couldn't get funding to purchase a foreign design.

German engineer Friedrich Von Doblhof, requisitioned by France after the 2nd World War, has designed SO 1221
He then returned to Germany to design the Dornier Do 32 Unfortunately, the efficiency of this transmission is bad.
It seems to me that before him, Raoul Pescara invented a compressor with free pistons without crankshaft in the same goal.
Last edited: Mar 8, 2016
C

Merci, Jean-Claude. The Dornier Do-32 is exactly the kind of thing I had in mind in terms of a homebuilt concept, but I do wonder if the efficiency question would make cold jet propulsion a viable concept with a piston engine? The Do-32 used a 90 hp gas turbine for a microlight-equivalent single-seater with very modest performance. I wonder what could be done with something like a liquid-cooled, two-stroke, 84 hp Hirth 3702 three-cylinder running a compressor?

lookie at the size of the fuel tank, cold or hot it's a fuel thirsty critter,

You might want to have a look at the NHI kolibri, not cold jet but interesting rotor head design:
http://www.aviastar.org/helicopters_eng/nhi_kolibri.php

in the comments to this film you will find a list of other British Pathé clips of the type.

Thanks, the Kolibrie is very interesting in its simplicity. I particularly like this part from the Aviastar link:

Known as a "self-adjusting" rotor, this is somewhat analogous to an automatic variable-pitch airscrew. The blades are so designed that the centre of gravity is ahead of the centre of lift, so that air loads tend to reduce the angle of attack and neutralize disturbances.
Click to expand...

This sounds akin to the "autostable" airfoil used in plank flying wings (Abrial, Fauvel, Backstrom, Marske, etc.) and in true or partial "free wing" designs like the Mignet Pou-du-Ciel so the variable-pitch wing wants to fly to and maintain a given angle of attack all on its own. Here's a 14% Fauvel....

This describes what is called an overbalanced blade:

The blades are so designed that the centre of gravity is ahead of the centre of lift, so that air loads tend to reduce the angle of attack and neutralize disturbances
Click to expand...

This has been discussed quite a lot on this forum

Following up on the Nagler designs, here is an interesting piece on the Vertigyro proof of concept made from a Piper Colt with Djinn rotor to act as either a cold-jet helicopter or an autogyro.

Aircraft
FW guy trying like ? to get into rotorcraft!

Here is a cold cycle Pegasus helicopter that I like.....

If Fiat built a cold-jet helicopter , here is what it would look like

Smokey had found a Hiller Hornet on a used car lot in Tampa that he was able to trade for a Scorpion helicopter. Smokey wanted me to go over to Lakeland and help him start it.

With such a once-in-a-lifetime opportunity, everything else could wait. I grabbed Gary and over to Lakeland we went.

A Hiller Hornet was a ram jet helicopter with a one-blade tail rotor, started with a plug in engine like an oversized drill motor, a 2 cylinder, 2-stroke engine.

The jets were normally lit by a magneto turned by the rotor, firing model airplane spark plugs in the burner cans; but in this case, the magneto was dead. I decided we could light them by draping burning, kerosene soaked rags in the flame holders.

Smokey had previously filled the 90 gallon fuel tank with gasoline. He and Gary got on board (seated on top of the gas stank) and I prerotated with the rotor starter motor, but the jets wouldn’t light. It resembled a rotary lawn sprinkler, sprinkling gasoline every where and particularly on Smokey’s old wood frame house.

I finally called a halt to the proceedings and said; “Why don’t we read the manual?”

The manual said; “To start the jets, turn the fuel control valve to ‘full on,” 90 gal/hr as I recall. We had just cracked the valve during the first attempt.

Following the manual, the jets lit right up, a long yellow flame trailing out of each jet at initial lightoff but as the rotor gathered speed the flame gradually got sucked back into the burner cans and the only visible evidence was a slight blue cone.

I think I know the origin of this Hornet. A number of years before, a helicopter operator had a spot on a vacant lot just south of the Tampa airport, selling sightseeing rides in a Bell-47. He also had a Hornet parked on the lot; others say they had seen him flying the thing.

Smokey eventually bent the skids and advertised it for sale in Trade-A-Plane; receiving a call from a Hiller museum in San Diego as nearly as I can recall. They came and got it so I suppose it’s still in San Diego or where ever.

I’ll bet that thing autorotated like a brick with a hollowed out watermellon on each blade tip.
C

Where's the like button when you need it? Great story! And if anyone has any doubts.... ;-)

Great story, Chuck, thanks for sharing! I love that "talk is cheap, let's fire her up" approach..;-)


PS: and yes there is, of course, a naca report on the autorotative performance:
http://www.rotaryforum.com/forum/showthread.php?t=35256
A

You are a unique guy Chuck .... high level intellect with occasional gusts of dare-devil rabble-rouser fire-breathing-dragons

Getting further off topic...those ramjets were only 40 lb thrust each...I wonder if a hybrid electric version with electric axial compressors on the tips (electric turbofans in effect) powered by an onboard generator would be viable?
Last edited: Mar 18, 2016

C. Beaty; A Hiller Hornet was a ram jet helicopter with a one-blade tail rotor The manual said; “To start the jets said:
Small world, I met the guy with the Bell-47,years ago when he and his very young son where doing helicopter rides at myrtle beach s.c. and he told me about his hiller Hornet when he and i got talking when was taking a break from flying. the guys name was paul woods, he flew an Orange Bell-47. he said at night it looked like a ring of fire in the sky when he flew it and several times people called the police to report a UFO.
Click to expand...